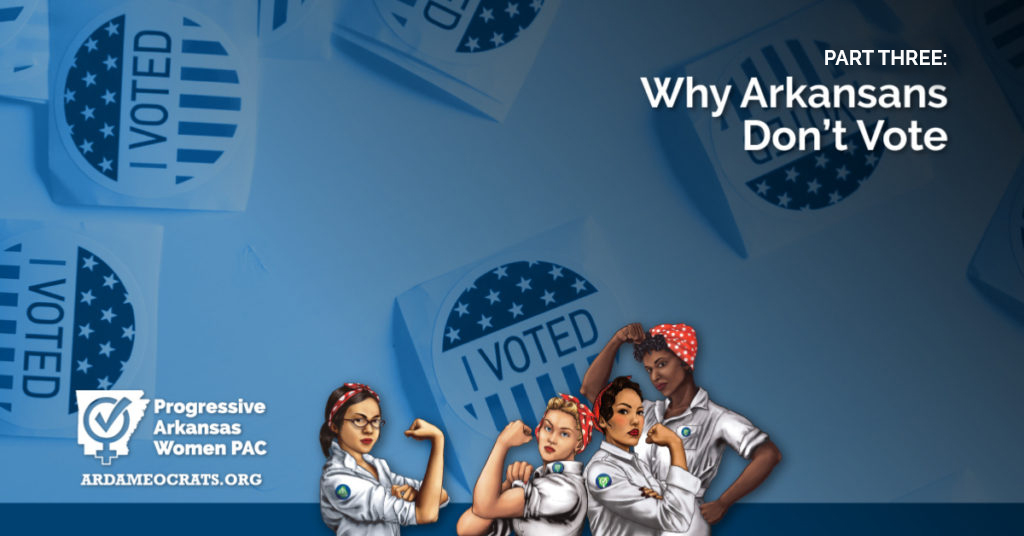 The Voting Process Itself Can Be a Barrier

[This is the third and final part of a three-part series on why Arkansas has the lowest voter participation rate in the nation.]

Did you know there are three ways to vote in Arkansas? Most Arkansans don’t. We can vote at the polls on Election Day (the last day to vote during an election cycle); we can Early Vote at one of several locations (for up to two weeks before election day); or we can Absentee Vote, by having a ballot delivered to our home via the US mail or picked up from the County Clerk’s office.

Let’s unpack each of these methods.

Election Day voting is the traditional method to cast a ballot in our country. Voters line up, sometimes for hours, to vote on this one day. It’s still popular, but mostly due to tradition. Election Day polls in Arkansas are open from 7:30 AM to 7:30 PM. Any voter in line when the polls close at 7:30 pm will be allowed to vote.

Here are some obstacles to Election Day voting:

Early voting is available for up to two weeks before any election at one or more locations in each county.  Many voters who have busy schedules prefer to vote early. The process is the same as on Election Day, however, the days and hours are different.

For all other elections, Early Voting begins on Tuesday one week before the election. Hours are 8:00 AM to 5:00 PM, with no Saturday voting.

The obstacles for Early Voting are the same as for Election Day voting (see above).

This is where voters get their ballot delivered to them, rather than delivering themselves to their ballot. It’s also called “Vote At Home” or “Vote By Mail”. This method of voting is fast becoming a favorite option for many voters. This is the only method by which our armed services personnel and voters living abroad are able to vote. Voters with disabilities, voters living in assisted living facilities or nursing homes, and any voters unable to get to a poll on election day may choose this method to cast their ballots.

The completed application must be sent to the County Clerk in the county where the voter lives. (It can be faxed, mailed, or hand delivered). Here is a contact list for Arkansas County Clerks.  https://www.sos.arkansas.gov/uploads/elections/county_clerks_for_website.pdf

County Clerks will start mailing absentee ballots to voters up to 45 days before an election. In order to be counted, completed ballots must be received in the clerk’s office by Election Day. The only exception is for overseas/military ballots, which must be postmarked by Election Day and received in the clerk’s office within 10 days of the election.

Voting Absentee is a good option for so many of our voters, particularly as polling locations are being closed across the state and replaced by Vote Centers. It’s particularly beneficial for seniors and voters with disabilities who may have trouble getting to the polls; rural voters who have had their familiar polling place closed or moved; single parents working two jobs; first responders whose schedules can be preempted; families with sick children; and anyone facing bad weather.

The obstacles to Vote Absentee are few, but there are some:

Voting by Mail, or Vote At Home (other names for Absentee Voting), is fast becoming a popular method to vote. Here is a link to the National Vote At Home Institute with more information. https://www.voteathome.org/wp-content/uploads/2019/08/VAH-intro-flyer.pdf

As you have learned from all three parts of “Why Arkansans Don’t Vote,” it’s because our laws make it too difficult to vote for all eligible votes. The process from beginning to end is too hard to navigate. Let’s change that. And the change can begin by electing progressive women to pass laws to encourage voter participation, not stifle it. 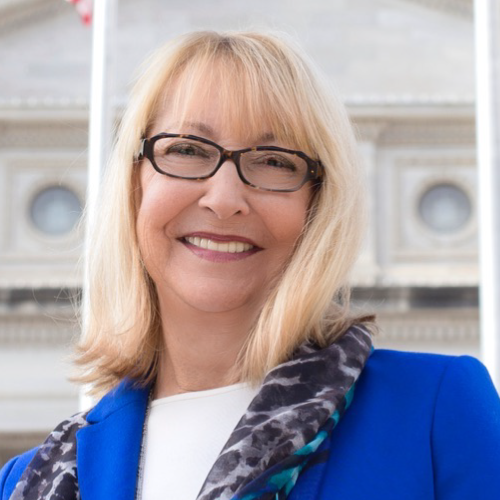